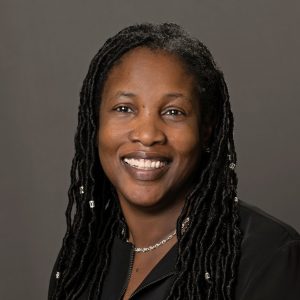 We are thrilled to present this year’s Q Award to Libby Edwards-Allbaugh. Libby is founder, owner, and partner of The Tax Ladies, Inc.

“Libby is the consummate business woman and successful by anyone’s standards. However, she is also a born leader with a huge heart for service,” said Khalilah Jones in her nomination statement. “As Libby achieves goals, she reaches back and pulls up the women behind her.” 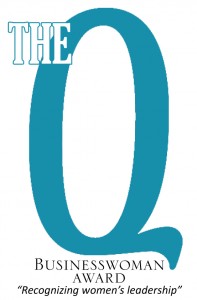 ABOUT THE Q AWARD The Quadruplicity Conference Award, the “Q Award,” is presented annually by the Business Women’s Round Table as part of the Charlottesville Regional Chamber of Commerce. The Q Award honors the accomplishments and contributions of many women in our Chamber, with the winner being ultimately recognized as the Chamber’s Annual Businesswoman.

The Q Award was specifically designed with a focus on recognizing the unique strengths, capabilities and contributions of women in our local community. It has evolved out of the internationally recognized ATHENA Leadership Award®, which was presented at the annual Quadruplicity Women’s Conference over 4 years, starting in 2009-2012.

The Q Award is proudly sponsored by

Award Criteria:  Award nominations are solicited for women who inspire others by exemplifying leadership, success, community service, and who demonstrates support for the Chamber and for other women.

If you know someone who is deserving, but don’t know her well enough to complete the nomination form, please contact us HERE.

Keller & George has been a Charlottesville tradition since December of 1873, when F.A. Balthis opened the doors to the new jewelry store on Main Street that would later be known as Keller & George. At the time, fashion was high Victorian in style: dangly drop earrings, cameos, long strands of beads, gold chains and bracelets were all the rage.

Keller & George remained in the George family until 1994, when it became part of Schiffman’s, a fourth-generation family-owned and operated luxury jeweler established in Greensboro, North Carolina, in 1893. Recently renamed to honor its affiliation with the Schwarzschild Jewelers stores in Richmond, Schwarzschild Keller & George Jewelers is both the oldest jeweler in Central Virginia and the oldest retail business in Albemarle County.

Did you know? One of the most gifted items in the South today, the Jefferson cup, was created by Keller & George in the 1960s when the firm borrowed one of the original silver cups that Thomas Jefferson had made from silver bequeathed to him by George Wythe from Monticello and had an exact reproduction made to sell in the store.